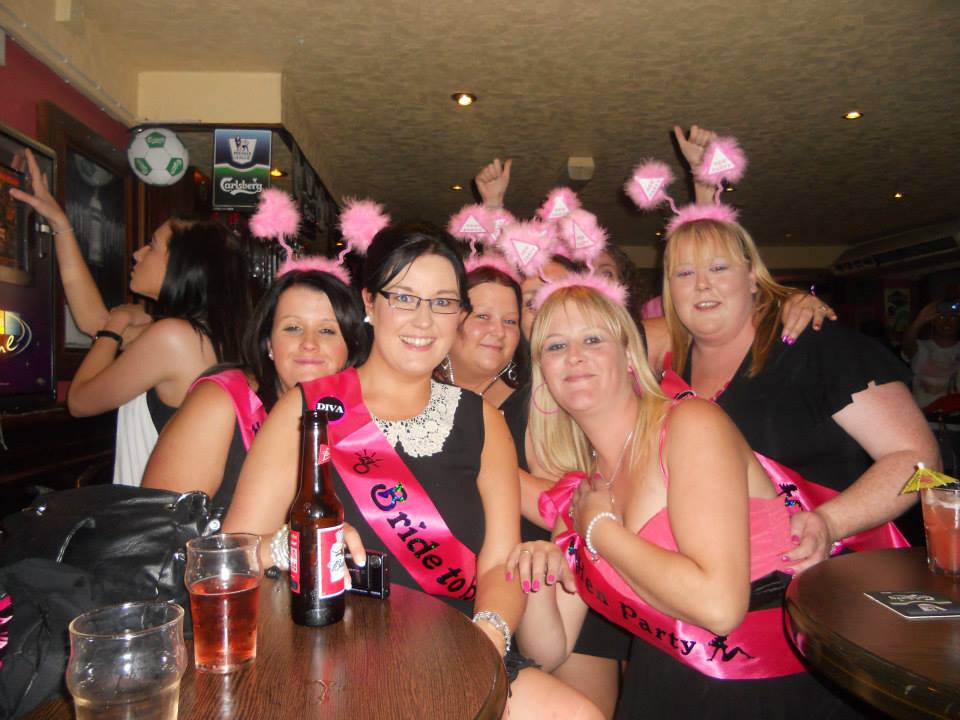 Hello, I'm Carol Hall the owner of Wesker & Son Blog. The women living in UK and always participating in hen nights, parties and all related functions. Stay connected with my blog for latest updates and photos. I love writing for my visitors.

Cities in the United Kingdom are crammed full of exciting things to do all the time, but especially at night. There are lots of British pubs and night clubs offering an assortment of music. And don’t forget the theater … here you’ll see some of the best shows ever! The 5 cities that have the most of the best in the UK are listed here. Use this list to make plans for a special birthday party, a bridal shower or just a girls night out.

Head to Newcastle for the best live music in all of UK. The Tyne Bar is a popular hangout with and outdoor stage where they host free musical performances. If you’re lucky, you’ll hit a night when they’re having a jam session in their cool atmosphere that includes a disco ball that is spinning under the Glasshouse Bridge. The views of the river are fabulous at this tucked away pub!

If you ladies prefer a little bit of fancy, the City Vaults bar & club has a great dance floor, with digital club nights where live music is playing all night long. A traditional pub that as good beer is the Crown Posada. Set in a Victorian architecture with stained glass windows and dark wood paneling, the authentic wall lamps makes for a cosy atmosphere.

Getting About In Newcastle

Plan your girls night on a Friday or Saturday and you can catch a night bus in the later hours to get you around from club to pub. There are several convenient stops throughout Durham, Gateshead, Newcastle, Sunderland, and Washington.

Manchester Has A Night Life To Be Experienced

Head straight to the center of Manchester and you’ll have lots of things to choose from. The city has bars and nightclubs all over the place, like the Alter Ego located on Princess Street or The Fantasy Bar at Deansgate. If you have a themed hendo, the Oxford Road Corridor is where you’ll find the most vibrant clubs in the city. To get your night started, try ‘The Deaf Institute‘  and then ‘Space‘, or if mainstream isn’t your thing, you’ll find alternative at the many independent bars in the Northern Quarter of Manchester.

For a lady’s night out on the town, a night of theater is always a pleasure. The Opera House in Quay Street hosts touring ballet, concerts, and musicals all year long. Or head over to Oxford Street to the Manchester Palace theater and catch productions like ‘West Side Story’.

To get from Manchester to any of the nearby towns, you won’t have any problem, especially on Friday & Saturday nights when the buses are running later. They have central placed stops and can get you connected to Piccadilly Gardens and Shudehill Interchange as well as other city center areas of Manchester.

The night life in the nation’s capital is rich and varied. Begin your girls night out with dinner at a fine restaurant in London like La Gavroche, The Ivy, or The Ledbury. Get into the center of London for some the best bars and nightclubs then take the group in to Dalston or Vauxhall.  You’ll find live music to everyone’s taste whether it’s blues, classical, country, or Indie.

Start your night out in Camden, Shoreditch, or Soho and if you’re tired to get back home, you’ll find several hotels in London where you can call it a night.

Get to Piccadilly and visit the The Ritz Club where they offer limo service and have one of the best casinos and night clubs.  There is a fabulous restaurant and top dinner off at the upscale bar. The trains in London run to most of the nearby cities and have a frequent running night service. Accessibility has improved over the past few years.

If you have heard anything about Glasgow, it was probably about the legendary night life here. Starting with the hottest spot in the city is the 25-year-old Sub Club. The basement location with a low ceiling makes for the best sound system you’ll ever hear.

You’ll find a lot of action at the city center if you’re looking hopping bars and nightclubs. At Nice n’ Sleazy, you will hear one of Glasgow’s finest jukeboxes playing the coolest tunes while you much out on cheap food, a great way to have a girls night out on a budget! And around Sauchiehall Street is the largest cluster of bars and clubs. The hotels located in Glasgow have the best accommodations if you stay too late at the night clubs enjoying the entertainment – all under one roof.

You’ll find that traveling at night by bus is one of the most common and convenient ways to get around in the UK, even in Glasgow. There are connections to Edinburgh and London and run late into the night. The bus ride alone can be a party with the other passengers!

Brighton Where The Lights Never Burn Out

One of the UK’s most legendary cities for a nightlife is Brighton. Any girls night out that wants to party on and rock it out in a club scene, this is where you’ll find the top venues to do it. Start at Coalition under the Kings Road Arches for live music. And just a short walk on the beach is Volks, home of the underground club nights for 20 years.  You probably should start out with some grub before you hit those places though and there are plenty of fantastic restaurants to do just that. Like Burger Brothers or Plateau and if you miss the last train out to get home, the Upper Rock Gardens is one of the most cosy places to crash.

All of the nightclubs in Brighton connect by buss for a flat fare within the city limits. You can also take a bus to connect Saltdean, Shoreham, and Patcham. Every night of the week you can catch a night bus to Brighton Marina from Hove Street or to Sussex University from Portslade Station, a great connection for the college girls night out!